If you had told me this 5 years ago, I would not have believed you. It has already been 5 years since I moved to Dominica. More specifically, 25th November 2016 marks that day. After selling my house and my car, resigning from my job, and saying my goodbyes to family and friends, off I went.

With 2 overweight suitcases, my dreams, and expectations in my heart, I started the biggest adventure of my life. Moving to a different country, on another continent, is a significant step. A step I knew I had to take, even though deep down I knew some things felt off. 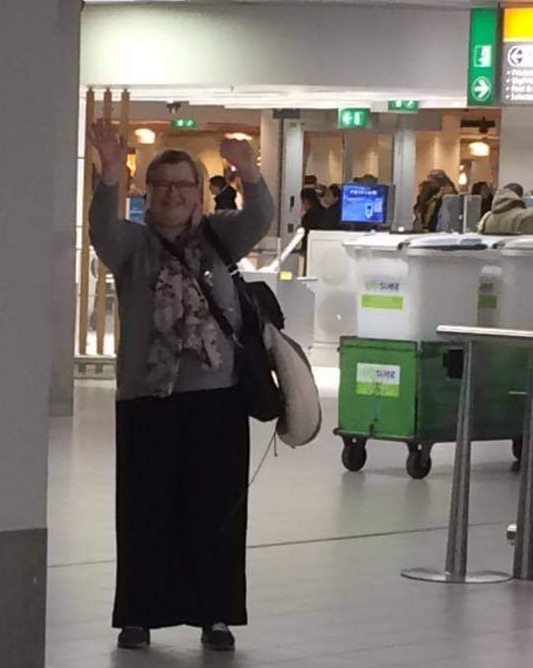 The picture is a little blurry, but this is me waving goodbye. On my way to Dominica on 25 November 2016. 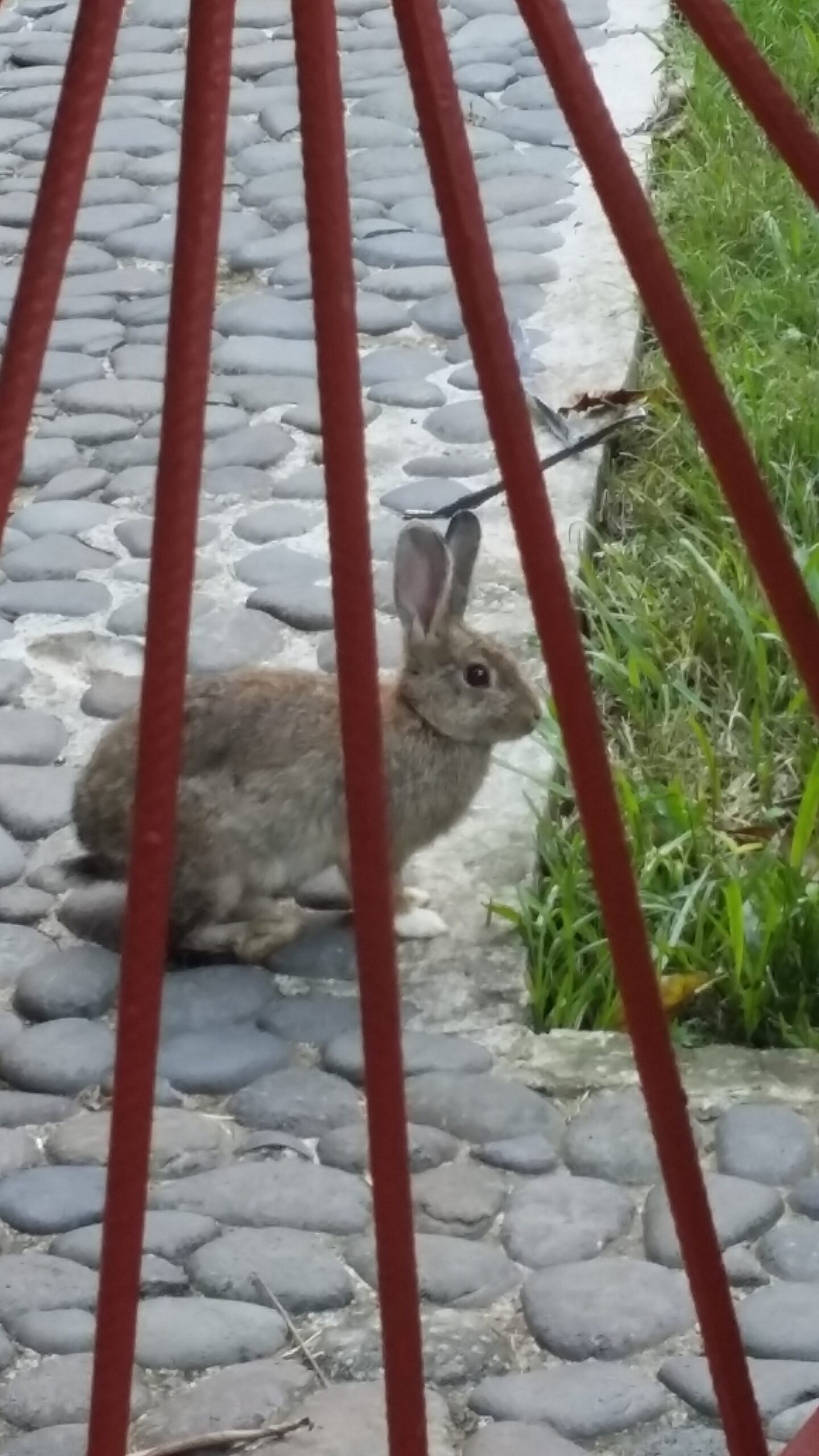 A bunny to keep me company 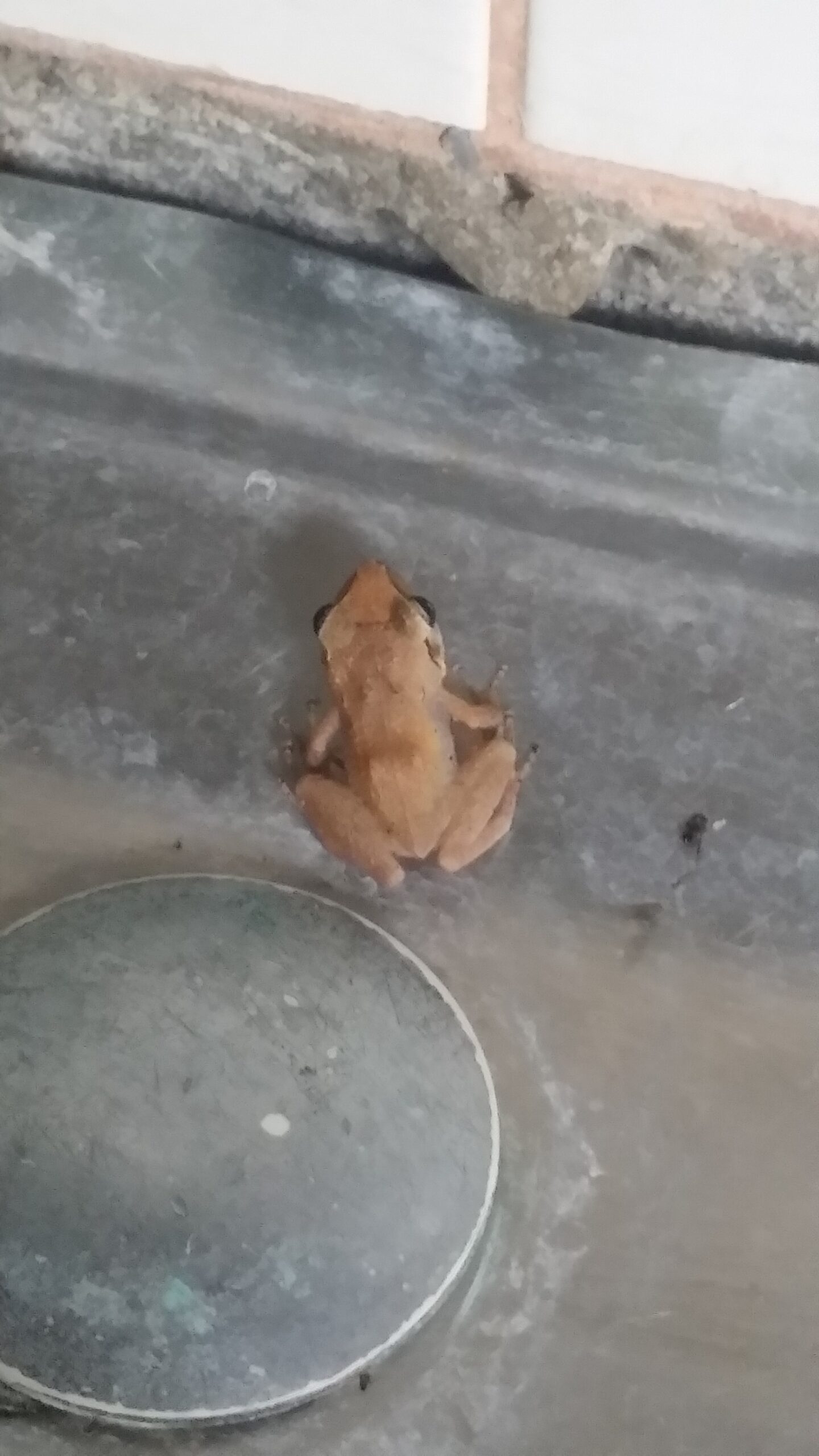 Every morning a little frog in the sink

Dreams and expectations versus real life.

Whatever I might have expected, it turned out the complete opposite of the dream I had created in my heart and mind. No living on his farm and working with the local village children. After 3 weeks of more or less being ignored and made feel unwelcome by my ex, I was done and moved out.

Since I did that I lived in some pretty weird and flat-out bizarre places in Dominica, read the Blog I wrote about that here.

I have learned a lot, especially about myself, since that day. And if you had told me this 5 years ago, I would not have believed you. Looking back on those years, life was never dull. Ok, maybe the month I spent in the house on the mountain after moving out of my ex’s place was boring. Oh no, wait, there were rats, frogs, birds, and the occasional bunny, so nope, never dull.

Living on my own in an unfamiliar environment forced me to step out of my comfort zone. Once I decided in my heart that I wanted to give life here in Dominica a fair chance, I had to go out there and meet people. Dive into actually living in Dominica, and I was the only one that could make that happen. I tried to make sense of it all; why had I felt compelled to come here, and why did my heart tell me to stay here? And, apparently, out of the blue, my purpose crossed my path.

I can hardly believe it has already been 5 years. Finding my passion has definitely unearthed qualities in me that I never knew I had.

I found out where my boundaries are.

I have always considered myself to be cool, calm, and collected. I have had my fair share of tribulations in life, and I am not easily upset or offended. However, there are limits, and I met those limits totally unexpected while working as a volunteer.

As an employer, you have to value all your employees, both the people you pay and the ones who dedicate their time to you free of charge, the volunteers. Taking anyone for granted is wrong in my book, and I do take offense to that.

I signed up as a volunteer at a little pre-school in town to get to know more people. It was walking distance from where I lived, and I thoroughly enjoyed being around all the little ones. After working there for a few months, I started to feel unappreciated, as my work was never good enough. There was always something wrong, but I decided to not complain and just redo the work. My joy was in the interaction with the children, not with the principal.

Yet the frustration and disrespect started to build up, and when I left for the Netherlands in May,  to be with my ailing dad, I announced that I would not be back after the summer break.

When enough is enough.

The little school, we started with maybe 5 students, was inside another building. As I was on reception duty almost every day, I chatted with others who worked in the same building. When I returned from my trip to the Netherlands, during which time my dad passed away, I also returned to work at the school. While class started with morning prayer in the classroom, others in the same building asked me how I was doing and how my mom was coping.

And then all hell broke loose. I was summoned into the classroom, and in front of everyone, the principal accused me of making her school look bad. Her reason was that I was talking, outside the classroom, during morning prayer. And she also said she knew I was no longer committed since I resigned as of September; it was June at the time. What really threw me off was that she stated she was happy she paid my replacement but not me.

That exact moment she crossed the line, and I needed to get out of there. All I said was I am done here, grabbed my bag, and stormed out. So many thoughts crossed my mind. I don’t even recall how I got home, walking up the steep hill in the hot sun. At home, I was literally shaking; that’s how angry and disrespected I felt.

It taught me to never ever be treated like that in the future. I value myself and my time, and whoever I work for has to do the same.

Let’s be honest aren’t they the cutest? I loved seeing them every day.

Feeling at home is so important.

If someone had told me this 5 years ago, I would have never believed how at home I feel in Dominica. It is like I am more myself here; I belong here. It does help, of course, that this is also the place where I found my passion. My purpose is, of course, the Breadfruit House Dominica Foundation. Read more about what we do and how you can help on our website, by clicking here.

It has been a long road, with many highs and lows. I can hardly believe it has already been 5 years. One could say all those life experiences have prepared me for what I do now with the Foundation. I can empathize with children who have been bullied, feel out of place, or have had a traumatic experience of some sort.

The idea behind the program is to give children the opportunity to tell their stories with the help of creativity. And although the concept is not new, it is unconventional, and not everyone will get it right away.

I recently found that out when I did a presentation for a group of Dutch NGO’s and most of them were more interested in the traditional ways of working. I struggled with that for a while because I felt like I wasn’t good enough. Nevertheless, I strongly believe in what we do, and I know from my own experience that it works. Plus, teachers have seen it work for the children in our program.

And then it dawned on me, it is ok to be different. So many others with unique concepts had to fight for their ideas. That’s how we change the world, one step at a time. 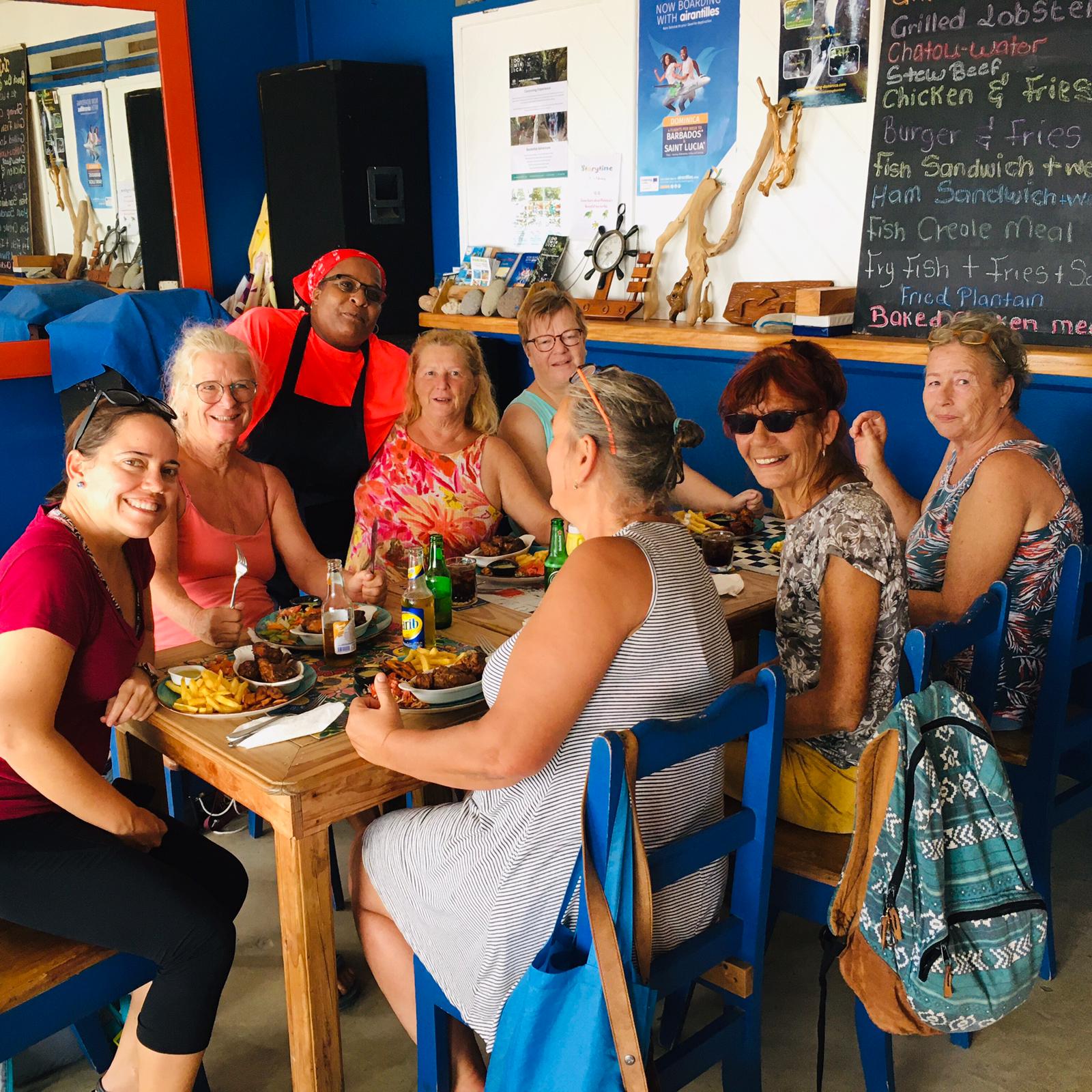 Our Dutch ladies lunch club. Enjoying ourselves at Mero Beach.

Remember, I did not know anybody when I moved out of my ex’s house, since then I have made so many friends. And I created a professional network as well.

I joined a ladies night out group, and I always look forward to our night out or in, depending on the activity. Sadly, it has been a while due to the pandemic. We always have fun, great conversations, and good food.

I also have made some Dutch friends; we try and meet every few months. You would be surprised how many Dutch people live in Dominica; I know I was. It is so enjoyable to be able to speak Dutch every now and then. Although I have to say, we throw some English in the conversation as well.

And, of course, I still have my family and friends in the Netherlands. I am grateful for their support, and I do try to visit them whenever possible.

It has already been 5 years, and I am proud of myself and the life I have built here. 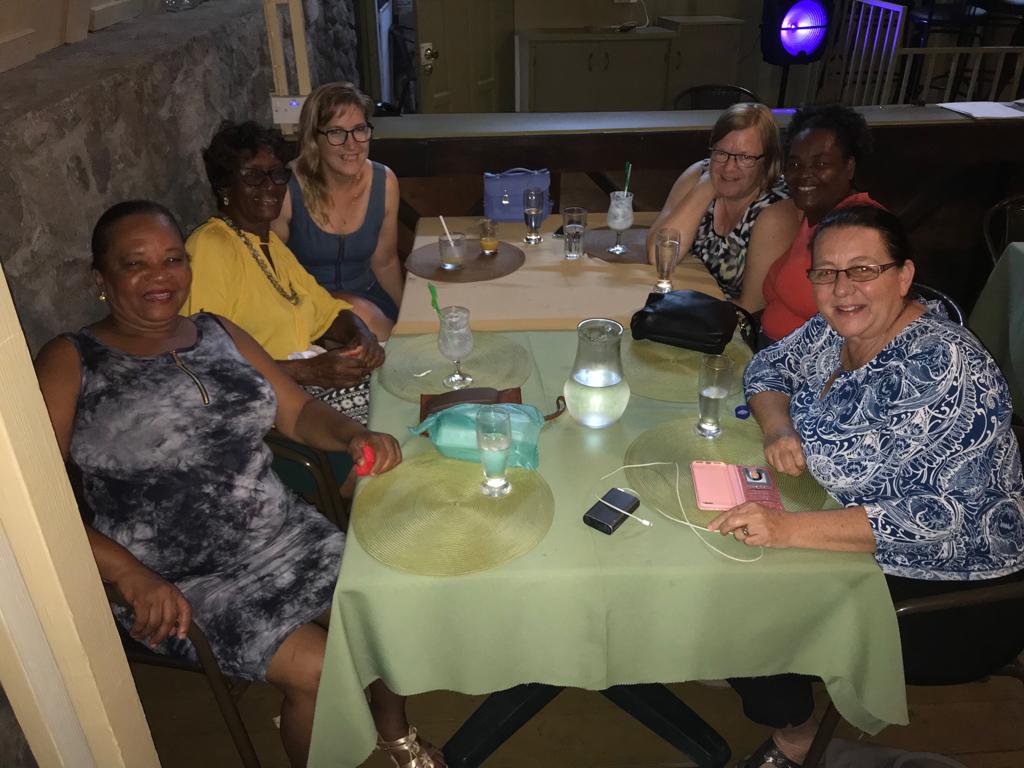 Some of our ladies night out group. I remember laughing so much that time.

What in the stars for the next 5 years?

To be honest, I don’t know. And if I have learned anything in the last 5 years, it is the fact that life can throw you a curveball at any time.

My dream is to expand the Breadfruit House. Hopefully, I will find a safe and suitable building soon and work from there.

I envision a job, that allows me to work with the children every day. I would love to set up a Child Helpline, something that could benefit children in Dominica a lot.

Next year I will publish my book called UNBOXABLE. If you are curious about that, read the back flap by clicking here. I also have an idea for a children’s book, and I am writing the Breadfruit House curriculum. I also have ideas for a sequel to UNBOXABLE.

My life is never dull, and I am pleased and grateful for that.

Pretty soon, instead of saying it has been 5 years already, it will be 10 years.

Wishing everyone a Merry Christmas and health and prosperity for 2022.

See you all next year on my next Blog. 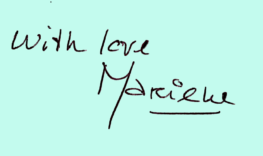 8 comments on “It has already been 5 years.”Add yours →